This Time Next Year… 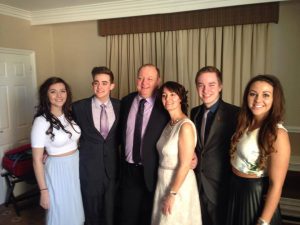 ….It will be all be over bar the shouting…

My eldest Daughter Sarah, seen here on the extreme right,

will be marrying her partner, Tim.

So yes, this time next year ~It will all be over… that sounds melodramatic…

I have mixed emotions about Sarah's wedding,

I am proud and excited, but also I am filled with a kind of dread…

I have known about this day for over 22 years since the day she was born. I have done my best to prepare and save up some spare cash, ready to send her on her way, The cost of that single day is nearly the same as most people earn in a year! Just how was I going to pull this rabbit out of the hat?

I seem to have spent my entire life worrying about money, always having just enough to get by, but never really having any to spare.

My wife and I have never argued about money, when we have had it. We only ever argue when we do not have enough, and now as I approach retirement, I feel increasingly trapped.

In reality we are not expected to pay that bill, but I dream that I could … 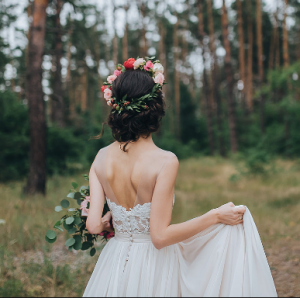 “have what you want, money no object… “

and mean it with all my heart.

Reality check … in real terms my daughters wedding is being paid for by myself, the grooms parents, and in a three way split, by the bride and groom themselves. I have even set a top limit as to exactly how much I will contribute.

In my life I have always known that working for other people would never give me the freedom I wanted. That freedom I still crave…

Not a freedom to waste money, to fritter it away as my folks used to say, but to know in my heart of hearts, that no matter what bill came in through the front door, I would be able to handle it…

To have a freedom from fear, that I see in others, to be able to have an ongoing income that did NOT involve me getting up in the middle of the night to go and work for people that got a full nights sleep!

I have worked for myself in the past, and even though the work was tougher and the hours longer.
I got to keep the rewards.

However I lost control of the contract negotiations and, well, to cut a long story short, I went into bankruptcy…

Boy that kills your savings!

So when I started recovering from that and was discharged I vowed to follow my Dads advice.

Work for a big company, take the shit, accept the security, grab the pension!

Fatal Flaw in this plan was that pensions had changed … no longer was there a final salary pension.

My pension was entirely in my own hands, I paid what I could, but there was always more urgent, more instant demands on the money…

It is hard to save for a rainy day when you are in the middle of a tropical storm and the roof is leaking!

Add to that, the financial crisis of 2008 and you find me in a perilous state.

Low on savings, pension off a cliff, 4 children and a mortgage!

Have you ever googled “How To Make Money Online” or words like that ?

Boy don’t you get some results… get rich quick schemes from clicking your mouse 10 times a day to selling ostrich meat.

I was getting a bit down hearted, and feeling the pinch, as I had checked out a few “opportunities”,.

Then one day I was sitting in a lorry park in the North East of England, and I clicked on a video that, (eventually) changed my life.

This Guy in that video spoke of the things I was searching for, but in a way that I not only understood, but that demonstrated that what I had believed to be possible was, and that it was actually achievable.

So I found an opportunity, an opportunity that allowed me to develop an income,by teaching me a skill set.
It was the training I needed.

The opportunity was provided through an online marketing training company or an academy.

The Academy provides a holistic training within it’s courses that cover every vital aspect of building any profitable business.

There is also an Affiliate Business opportunity allowing me to promote the very training that I was learning from.

So I became a product of the product if you will

Was I enthusiastic when I first met one of the founders on Video In that lorry park?
I course not, I was cynical,

I looked at my screen after a 15 hour day, and I really was,

well cynical will do.

But I was intrigued, I have to say, it was a slow burn at first.

I was very far from ready to invest in myself at that point.

I have already mentioned my wife was at the end of her rope,

I was almost at a point of giving it all up, BUT

I just kept looking, I kept watching the videos as they arrived in my inbox.

I kept going to the next stage, I always kept my hand on the escape pod “just in case”

I kept an open mind, and went on a discovery exercise.

I had not been hit with the news that my daughter was getting married… it was always there though ( Did I say I have two Daughters?)

By now I knew  that my pension would not keep my wife and I in “Loo Roll”, let alone food.

So I was facing a long, hard, old age working into my 70’s just to pay the bills.

So I kept an open mind, and an open heart.
I wanted something to work.

I figured out, that it had to be me.

So having found the “solution”…

was everything sweetness and light?

Did I retire six months later and ~

go live on an Island,

Then have umpteen extra daughters flown in just to marry them off?

I took my time to figure out what was going on, and just who I was working with,

I found people who I came to trust,

people who looked beyond the monetary value of a name, and saw the real value of the person.

I found a community of like minded people who were willing to support each other and help when things got tough.

I found a way to escape to the freedom I had always dreamed of,

that incredible feeling that nothing could come into my life and disrupt it.

So, if you find yourself relating to this post, maybe you have experienced something similar to me. I'd love to share with you the same free videos that I stumbled across and that had such an impact on me.

This information truly showed me a new way to not only get myself free and out of from my current situation of feeling trapped. But also exactly how it's now possible in todays online world to be able to find opportunities that give me the ability to write my own pay~check and take control of my future finances and freedom.In fact a way to create my own lifestyle, that I love I'd truly love to think I can help a few people by just simply sharing this stuff.  https://stevegreenhalgh.co.uk/lsmob/

Another quick point I’ll make. Is that each video, which will be delivered one day at a time over the next week (to save information overload) will probably set off so many lightbulb moments when it comes to solving the problems I have been sharing here, like feeling trapped and limited with your income options.

You can access the first of the videos here https://stevegreenhalgh.co.uk/lsmob/

If you have any questions for me at all after checking this out. I'm here and always happy to help anyone who can relate to the things I have shared.

This time next year The Wedding will be over, but life will just be beginning

No Results Are Guaranteed. Individual Results Will Vary…The Training, products and business systems we provide are for educational purposes. The Testimonials here are real, however just because others have achieved a certain result, should not be taken or even implied that you will have the same result. There will some people who do make money, and others who do not. Individual results will vary greatly, but will be determined by effort, determination, hard work, and the ability to follow directions.